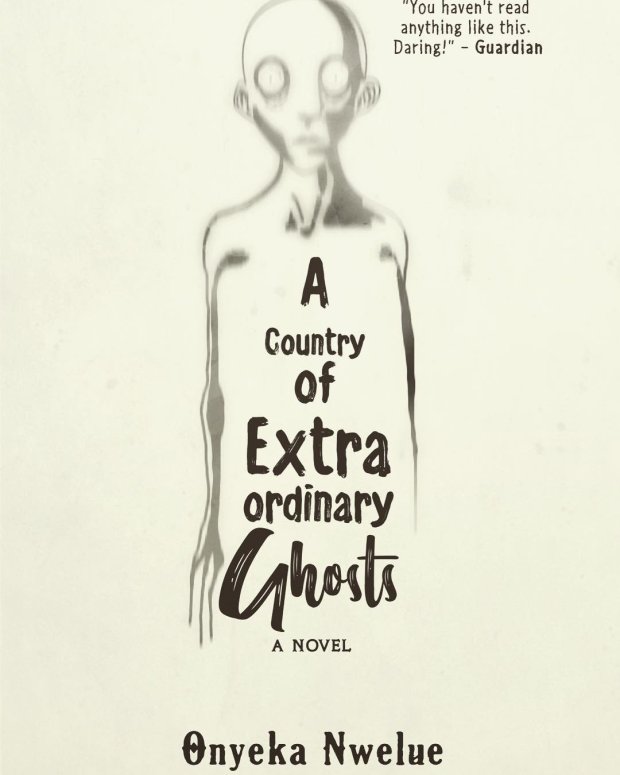 A country of Extraordinary Ghosts is one book that will shock the average Nigerian with the lax recurring sex theme. A few steps away from being an erotica, it’s really daring for a Nigerian author seeing as sex is one word that has been demonized in our communities. We like to act like it’s not happening yet I wonder why almost every corner store sells condoms. Anyways, don’t get too (sexually) excited though. Some parts of this book will have you cringing and wishing you could make some heads roll.

This book is narrated by a boy who lived in the ancient land of the Biblical Sodom. His name is The Traveller. Ermmm, well that’s not his name but that’s what I choose to call him since he was nameless all through the book. Like every citizen of that city, he lived an illicit life. One day, every one and everything he knows are taken from him as the city suffered a mass invasion. He was the lone survivor who was lucky enough to hop on a train right before it could leave him behind. The train came to a stop in modern day Lagos and was nice enough to drop him at Ajegunle before vanishing. Lol. Speak of your sins following you everywhere you go.

While he was looking lost and disoriented, He was befriended by a boy named Bolu. Bolu listen to him and thinks he’s crazy. He then offers to help him and takes him to a man known as Doctor. Doctor used to be a Professor of Psychology before he was dismissed for his unusual researches. Nameless was not the first ancient-man-in-modern-world he had encountered. He offered to help him and the Time Traveller settled in, befriending doctor’s little girl, Tini.

While he was thousands of years away from Sodom, the Sodom in him remained intact. In no time, he had blended into the ghetto life. It was no different from every other day in Sodom. He gets into trouble, lands in the police cell and is bailed out by a Reverend father on visitation. The story gets heated from there on.

The book is quite entertaining but it pretty much leaves you in a knot. I tried patching up the stories like a crossword puzzle maybe it would reveal itself but I got nothing. I concluded the author either wrote a pretty twisted psychological story or he released the first draft of the book. You know, that one you never want anyone to read because you feel it quite hasn’t come together.

For one I couldn’t ascertain the age range of the narrator. Sodom was destroyed when he was 10 and I can’t imagine a 10 year old committing all that atrocity he had recorded. And not to mention the book ended abruptly. There was no closure, no clue what his fate ended up to be, no hint if we’d be expecting a follow up story. There was a mention of a psychiatric hospital at the beginning but nothing in the story linked back to it. It was like reading a book only to get to the last page and realise some pages have been torn away.

One thing I really applaud is the fact that the author touched one topic people treat like leprosy and avoid a lot. And that’s the issue of child sexual abuse and sexual vices by religious people who are seemingly supposed to be celibate in their service to God. Lol. He shook that table Sha. I almost forgot, animals talked in this book. Cool right?

It’s a good read. But if you are like me who likes to get to the bottom of a matter, be ready for a sleepless night or two. My brain is still restless as I’m still trying to figure out what Onyeka Nwelue was up to in that book.

A chronic daydreamer who has authored many best selling books... in her head. View all posts by dwordchemist